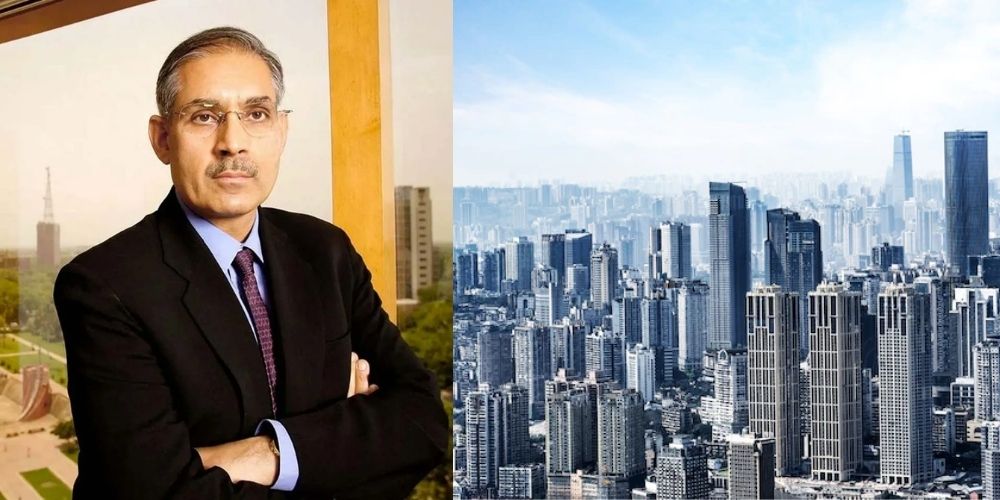 According to the newest Grohe-Hurun top real estate builders in India, we have 12 Indian real estate billionaires, up from only five in 2016 in India. DLF’s Rajiv Singh is the wealthiest, with Rs 61,200 crore.

In 2021, DLF’s Singh added Rs 25,000 crore to his fortune, a yearly increase of 68 percent. Rajiv Singh has surpassed Mangal Prabhat Lodha and his Microtech Developers family to claim the lead. India’s largest listed real estate business, having properties in 15 states and 24 cities, was founded in 1946 as Delhi Land & Finance (DLF Limited).

By 2026, DLF intends to spend Rs 5,000 crore on commercial real estate projects in Chennai, the company’s second-largest market after Gurugram. Despite a 20 percent rise in fortune to Rs 52 970 crores, Lodha could only secure second place.

Microtech Developers, based in Mumbai, was founded in 1980 and generated Rs 2,500 crore through an initial public offering. Microtech Developers recorded the strongest quarterly performance in the last 12 quarters. Thanks to the Maharashtra stamp duty waiver, pre-sales are up 40% compared to the previous year.

“After languishing for a few years, India’s real estate sector is poised to emerge as one of the country’s most powerful economic engines. World events such as Covid-19 and the Ukraine War and inflation boosted the appeal of real estate investing, resulting in the sector’s overall favorable performance.

The average wealth of the real estate property-rich list in 2021, for example, has risen by 30% to Rs 4,537 crore. “Compared to 2020, the aggregate worth of the entrepreneurs on the list climbed by 30%, with 81 of them increasing their fortune, including 13 new additions,” Hurun India MD and Chief Researcher Anas Rahman Junaid stated.

Mr. Arun Kumar of Casacrand (Chennai) emerged as the highest gainer on the wealthy list, with a gain of 191 percent or Rs 1,470 crore. At the same time, Hyderabad-based G Amarender Reddy and the family of GAR Corporation is the wealthiest new arrival on the real estate rich list.

The fortunes of these real estate barons may be ascribed to a rise in real estate property in India on the stock exchanges. As a result, commercial and residential transactions increase, predominantly driven by extremely high net worth people.

“The BSE Realty index increased by 55 percent in the year under review, compared to a 22 percent increase in the benchmark index Sensex. The resurgence in real estate demand, fueled by cheap loan rates and government incentives, drives stocks of real estate property in India.

In the western area, Maharashtra and Gujarat account for 46% of the total wealth on the list, while Karnataka, Telangana, Tamil Nadu, and Kerala, in the southern region, account for 29%. With a quarter-share of the vote, the northern states of Delhi, Haryana, and Punjab are in third place.

Where do they live?

The most popular state for real estate entrepreneurs is Maharashtra, with 37 people, followed by Delhi with 23 and Karnataka with 20. The GROHE-HURUN India Real Estate Rich List 2021 ranks Mumbai first with 30 persons, New Delhi with 23, and Bengaluru with 20. More than 73 percent of the ranking comprises the top three cities.

Everything you should know about SRA Flats