In India, there are plans to build Half-a-dozen Trump Towers 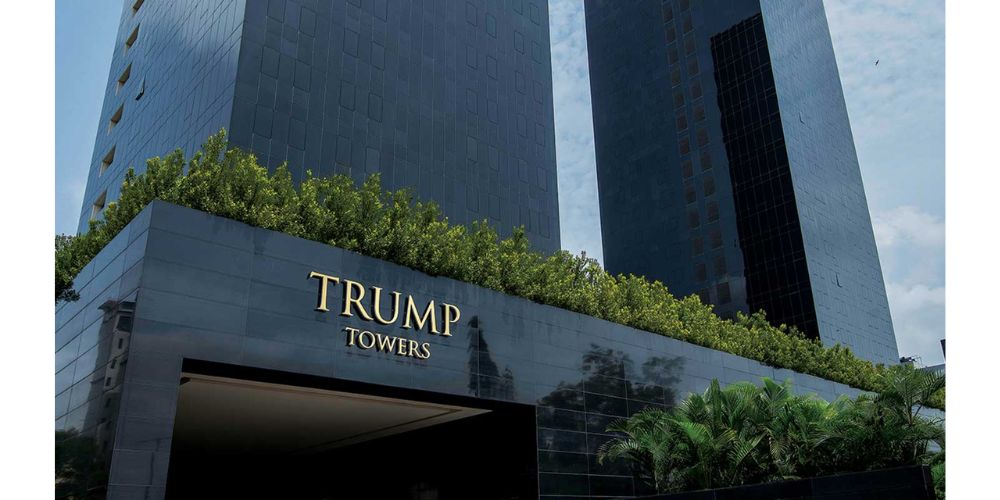 Are you looking to buy a house in India? If yes, then this article is for you. Because Trump towers are coming to be set up in India with more affordable cost and more variety of properties. This time you can invest in property and it will great investment for you and your family.

The former US President Donald Trump’s company, The Trump Organisation, plans to open almost a half-dozen ultra-luxury hotels in India. The firm is in discussions with Tribeca Developers, which has its headquarters in Gurgaon and plans to start building at least two of these Trump buildings by the end of 2023. Now in India, a country used to build large real estate projects.

Donald Trump Junior, the flamboyant US President’s son and executive vice president of the Trump Organization, met Tribeca creator Kalpesh Mehta. “I have high hopes for the Indian market. It is already our biggest non-US market, according to Trump Junior,” he told Business Today.

Mehta, who has worked closely with Trump Junior for almost ten years and was key in bringing the Trump Towers to India, claimed that there are now five Trump projects in the works, all of which are expected to be completed within the coming year. Together, these properties will increase the ultra-luxury market’s inventory by Rs 2,500 crore.

“Six more transactions may soon be announced. Starting in mid-2023, we intend to introduce 3-5 of them over the following 12 months,” Mehta added. Tribeca built two of the prior Trump Towers in Pune and Delhi-NCR.

In addition to ultra-luxurious residential flats, the two companies are also considering commercial real estate developments as part of the planned Trump projects. At least one of them—the one in Pune—will be introduced the following year. The Trump developments are also anticipated to be built in cities like Hyderabad, Bangalore, Ludhiana, and Chandigarh.

Trump Junior claims that the Trump Organization’s cooperation with Tribeca has been successful thus far since local players continue to dominate real estate development. According to the report, real estate consultants in Pune have been helpful in materializing the prior projects,” and the Trump Organization intends to continue working with them for upcoming launches.

In contrast to the US, the corporation does not make direct investments in these initiatives. The Trump Organization provides its experience and guarantees quality, while Tribeca is in charge of delivering the Trump brand properties in India.

In today’s era of globalization, it is not uncommon for cities to have skyscrapers built on both sides of the world. These towers are known as Trump Towers in India, and the idea is that if Donald Trump does a business deal in one country with real estate developers in Pune.

Then his brand will be synonymous with the city or country in question. And that’s exactly what is happening here. It is said that (at a minimum) three of these towers will be built across India, and among those locations are Pune, Mumbai, and Kolkata.

Contact us for more information and if you want to buy a property for your family, you have a great opportunity to buy a house for yourself at an affordable cost.

Reasons to Buy a House in Nagpur City