Maharashtra Government has begun an online lottery for 5,211 homes 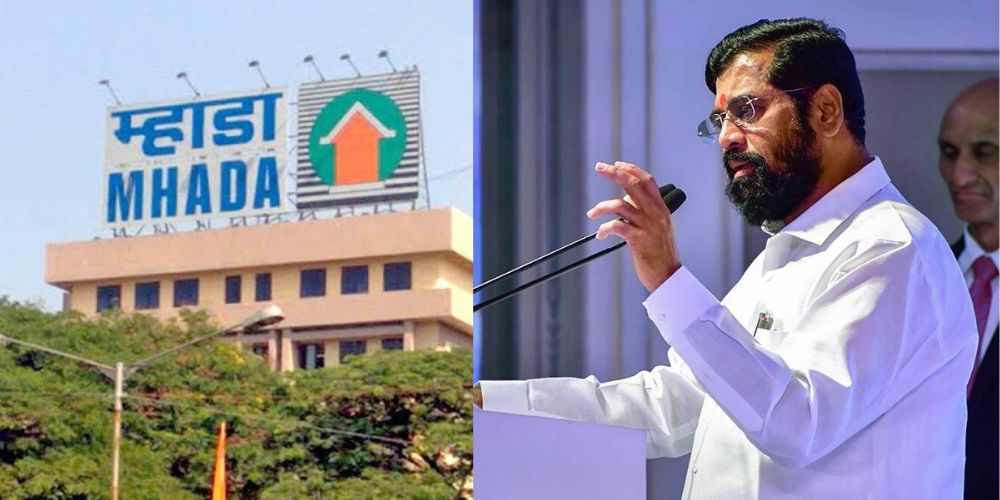 The MHADA (Maharashtra Housing and Areas Development Corporation) housing board has begun an online lottery for 5,211 affordable homes in various housing schemes in the districts of Pune, Solapur, and Kolhapur. The aim of the Maha govt. launches online lottery is to redevelop these properties and upgrade them with newer amenities as well as keep them affordable for future tenants.

Shinde stated during the lottery’s virtual debut that the state government was committed to providing the general public with high-quality, affordable housing through the Maharashtra Housing and Area Development Authority (MHADA).

Who introduced the MHADA Pune lottery?

Shinde stated that the government has been working to eliminate barriers to building inexpensive homes and added that he thought the program would contribute to meeting the goals of the average person for housing.

Why is MHADA selling its properties?

Over the past decade, though, the MHADA has focused on developing premium housing options. This has led to a significant hike in the price of MHADA homes. Now, the MHADA has decided to shift its focus back to affordable housing.

This move is expected to benefit both the corporation as well as its customers. While the MHADA will once again be able to offer low-cost housing options to its customers, the latter will get to own a home (with MHADA loans) at prices that are much lower than what they would have had to pay before.

When and where will the Maharashtra government begin its online housing lottery?

On August 18, 2022, at 10 a.m., during the second day of the monsoon session of the Maharashtra Legislative Assembly, the computerized lottery was launched. In addition to Solapur and Kolhapur districts, MHADA has assigned lots for lottery houses in the districts of Pune and Pimpri-Chinchwad.

The MHADA lottery has received positive public feedback because of its affordable price, clear computerized lottery, good flat quality, and dependability. For the 5,211 apartments, there were 72,000 applications.

Shinde stated that Prime Minister Narendra Modi had committed the Pradhan Mantri Awas Yojana (Urban) to provide homes for everyone. Shinde and Fadnavis launched a pamphlet providing candidates with comprehensive information on the draw.

Two thousand eighty-eight units from the 20 percent comprehensive housing program were up for grabs in the draw. There were 575 units offered for sale through the Pune Municipal Corporation, 1,513 flats through the Pimpri Chinchwad Municipal Corporation, 279 through the MHADA Housing Scheme, and 170 flats under the Pradhan Mantri Awas Yojana. In addition, 2,675 apartments were made available for purchase under the MHADA housing program’s first-come, first-served policy.

MHADA homes are affordable housing options that are open to everyone. If you are in the market for a home that is affordable, central, and has the potential to appreciate over the years, then you should consider buying an MHADA property. The only thing you need to keep in mind is that MHADA properties are in high demand, so you need to act fast.

Many real estate builders in Pune have a variety of homes in Pune. But we have a wide range of quality homes and flats in Mumbai and Pune. Contact us soon for affordable housing property in Pune. Book your slot with us to visit our well-designed properties in Maharashtra and enjoy the new facilities in your residential area.

In Q2 2022, Housing prices will increase in Pune